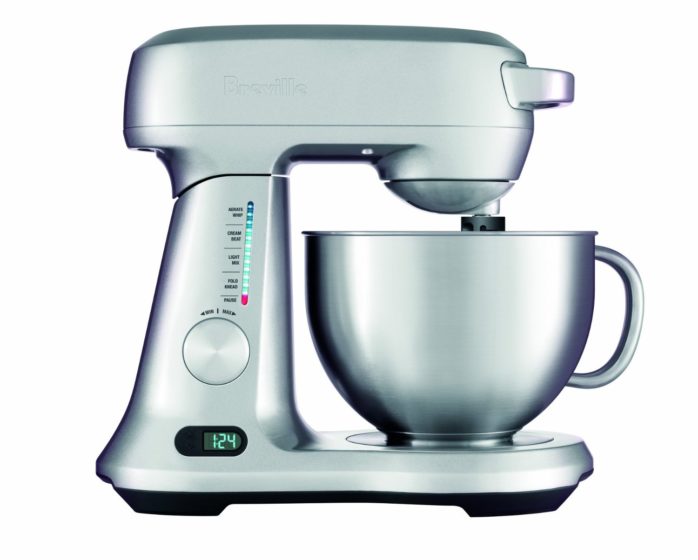 The Breville Scraper Mixer prides itself on being able to combine performance and looks in one efficient package that not only caters to your mixing, beating, kneading and whipping requirements efficiently, but also looks good on your counter top. This Breville is what you get when you pack maximum functionality into a form that is sleek, elegant and designed for ease of use.

At 550 watts, the Breville packs the necessary punch in the power department. You can rely on it to be thoroughly professional in its mixing capabilities. At this wattage, you’ll be able to put through your large batches to be processed without a worry. Paired with the 5 quart stainless steel mixing bowl, your Breville BEM800XL Scraper Mixer Pro 5-Quart Die-Cast Stand Mixer will be able to take on most recipes and come through on those large holiday batches as well. 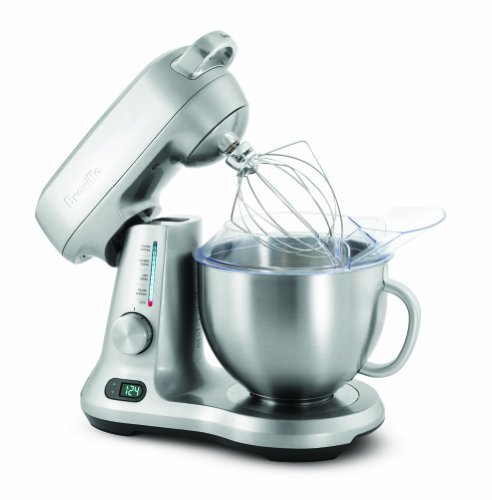 There is a convenient tilting head release option built into it so you can put in more ingredients without having to risk the mixer head coming apart when you move to tilt it. The pouring shield guards against splatter-mess.

The mixer comes with strategically placed handholds on the front and bottom so you can lift or transport it easily. You can store the power cord safely in the base of the mixer and save on space and clumsy stowing. The intelligent functions offer LED speed indicators to show the task you’ve selected and LCD timer screens that you can set to count down as per a particular recipe’s time requirements. Additional safety features include a pouring shield to reduce mess and a secure bowl locking mechanism that locks for stability when the mixer is running.

With a selection of twelve different electronic speeds, the Breville gives you the power to specifically assign power to all the tasks, as per your recipe’s requirements. So you can have large batches whipped into form on demand or have delicate ingredients gently folded as and when you need them without worrying about your stand mixer over or under doing it.

Breville offers a special planetary mixing action that offers efficient and complete blending, mixing, kneading, whipping and beating to meet requirements with precision while also being capable of powering through the larger batches without any hassles. 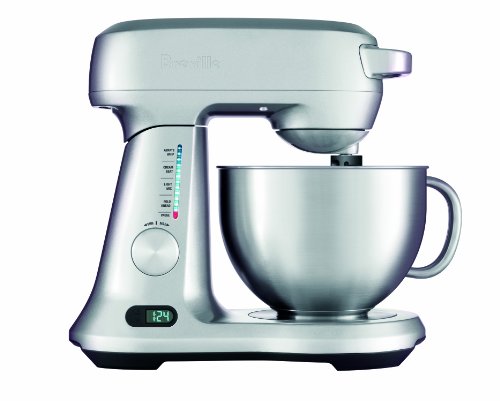 This planetary mixing action is basically the combining of a clockwise and counter clockwise movement of the mixer head with the attachments. This way, all ingredients are mixed evenly as the stainless steel mixing bowl is covered on all 360 degrees. The Breville also offers a special Scraper Beater accessory that works to keep the mixture from running up the sides of the mixing bowl so you can keep mixing without halting to push the escaped mixture back. The scraper has edges that can be flexed and the bottom and sides of the bowl are folded and scraped so the mixing can be truly thorough.

These simple yet genius innovations account for the singularly excellent performance of this Breville Scraper Mixer, as it continues to remain a personal favorite of many professional bakers.